The Ultimate Guide to Shin Splints for Runners

How can I cure shin splints from running without taking time off?

That is something most of us have wondered at some point. Shin splints has halted most runners at some point, and can be heartbreaking for runners who have just started to get going when that familiar pain makes an appearance and risks our racing schedule.

Shin splints usually appears as an aching pain on the inside of the shin, near the border of the tibia and the calf muscles.

The area will often be sore when poked or prodded, and will initially hurt at the end of a run.

If you keep running on shin splints, the pain will move to a more sharp, burning sensation, and may hurt during your entire run, or even when walking.

Shin pain can spreading out over many inches along the length of your shin bone, or be very painful in a small area less than two inches long.

If you continue to run on shin pain, especially when it hurts in a very specific area, it may develop into a tibial stress fracture, which will require up to six weeks of no running.  If you think you may have a stress fracture, this can diagnosed by an MRI or a bone scan ordered by an orthopedist or podiatrist.

Today we are going to look at what causes shin splints while running, how to prevent shin splints from getting worse (without stopping running), and research backed treatment options for shin splints including both conservative and aggressive options. Finally, if you do have to stop running, we will give advice on how to get back to running after your time off to make sure you do not get shin splints again!

While not the most common running injury, medial tibial stress syndrome, or MTSS, still accounts for about 5-6% of all total injuries.1, 2

Unlike many injuries, which seem to strike at runners of all fitness levels, shin splints are much more common among less experienced athletes.  In a typical three-month high school cross country season, for example, between 12 and 15% of the runners on a typical team will suffer from shin splints.3, 4

Woman are 2-3 times more likely to develop shin problems than men.5  Additionally, among studies of military recruits, soldiers and sailors in poor physical condition (who likely have little history of athletic activity) are much more likely to suffer from shin splints.6

In contrast, very few experienced runners have to deal with shin pain on a regular basis.  Understanding the mechanism of injury can help explain why.

Causes of shin splints and what makes the injury worse

For a long time, shin splints were postulated to be a soft tissue injury.  Many of the muscles of the lower leg, including the calves and the smaller muscles above the ankle, insert along the tibia.

It was proposed that tightness or weakness of these muscles caused them to tug at their insertion point, irritating the periosteum, a thin, skin-like structure that envelopes the tibia itself.

However, more precise anatomic studies have demonstrated that the muscular insertions blamed for causing shin pain do not correspond to the location of the injury.7

Advanced medical imaging studies have illustrated that all overuse injuries to the tibia, from mild cases of “shin splints” to true stress fractures, exist on a spectrum of bony injuries.

The most telling fact is localized bone density: in CT scans of the tibias of runners with shin pain, pockets of low bone density appear at the location of pain.  After these runners have recovered, these pockets of low density have disappeared.8

Runners with tibial stress fractures often have larger areas of lowered bone density around the fracture.

With this new information, scientists now hypothesize that the root cause of shin splints is repeated stress to the bone during running, caused not by straight-on impact, but a slight bending of the bone when it is loaded.

Much like a beam on a bridge or in a skyscraper bows slightly when it’s supporting a lot of weight, your tibia bends backwards slightly on impact with the ground, putting compressive forces on the medial side of the bone.

In healthy runners, the bone stress after a long, hard run is not a problem.  The body responds to the stress on the bone by remodeling the tibia to be stronger and thicker.

This is why shin problems are more common in less-experienced runners: their bone has not yet adapted to the stresses of a high-impact activity like running.

Unfortunately, this remodeling process takes several weeks to a few months to complete, and there is a period where the bone is actually more vulnerable to damage.

Just like remodeling your house entails tearing out some walls before adding new construction, your body has to tear out some of the old bone tissue before strengthening it.

As a result, having a small tibia or weak bones puts you at an increased risk for shin splints, since your weakened tibia is more vulnerable to injury when it is remodeling its bone structure.

The current theories for treating and preventing medial tibial stress syndrome revolve around reducing the relative amount of stress on the tibia.

Unlike some other running injuries, there are no solidly vetted treatment protocols.  Rather, what follows is an extension of work on the precipitating factors for shin splints.

It’s a PDF with the four best exercises to help you prevent shin splints.

With respect to orthotics, a few studies have demonstrated some success in using custom shoe inserts to treat shin splints.13

This is a good sign, as many other injuries respond poorly to treatment with orthotics.

Custom inserts might shift the distribution of pressure on the bottom of the foot, which may be associated with shin pain.

Nevertheless, orthotics are not a panacea and shouldn’t be your only treatment method.  Many runners find good success with over-the-counter semi-rigid orthotics like the SuperFeet or PowerStep insoles, and these are much cheaper than custom orthotics, so give them a shot first.

Among more exotic treatments, extracorporeal shockwave therapy (ESWT) has emerged in recent years as a treatment possibility.  In ESWT, shockwaves are applied directly to the tibia to encourage new bone growth.

Only one study has tested ESWT, and it suffered from some design flaws, but it showed a significant reduction in recovery time.14  ESWT treatment may be expensive and difficult to find, and its experimental evidence is still not up to snuff.

Outline of Treatment for Shin Splints

These are methods that are fairly simple, inexpensive, and can be done on your own at home.

These are treatments with more cost and less certainty about outcomes, but may prove useful in recalcitrant cases.

You will need to modify your training program to allow your body time to strengthen your shin bone.

Mild cases of shin splints may only require modifying your running form and doing some lower leg strength, but more serious cases will require at least a few weeks off.

Keep in mind that shin splints are the same type of injury as a stress fracture, so if you feel like your shin injury is getting worse, you should not continue to run on it.

While many coaches recommend that a “10% rule” for increasing mileage is best to avoid injury, the dynamics of the tibia’s healing mechanism suggest that perhaps a stress/adaptation cycle would be better.

If you do need to take time off running, don’t panic! This podcast episode with American Record Holder Alan Webb, ElliptiGO manager Darren Brown, and pool running expert Lynda Huey will leave you feeling confident that cross training will make sure you maintain fitness.

If you are worried about losing your fitness, this may help you feel a little better, and remind you that it is better to take a few days off early to let your shin pain calm down, than keep going and end up taking 6 weeks off.

Good luck with your shin splints. Let us know in the comments section if you have any helpful remedies or if you have questions we can answer. 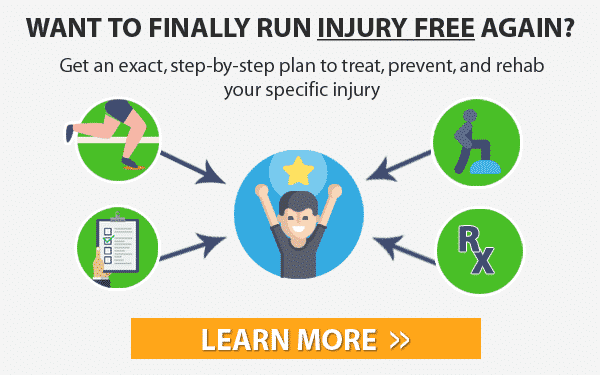 72 Responses on “The Ultimate Guide to Shin Splints for Runners”